Grammar savants live among us, pitching verb tenses and apostrophes across the copy landscape with accomplished abandonment. Meanwhile grammar tools such as Grammarly, White Smoke and Ginger Online temper those in need of grammatical correction. For writers circling the marketing spectrum, syntax and grammar errors destroy credibility and stamp a question mark on both ability and authority.

“My spelling is Wobbly. It’s good spelling but it Wobbles, and the letters get in the wrong places.” ― A.A. Milne

Let’s identify a selection of the most common offenders and how to correct them.

For many Spellcheck is a sanctuary, aiding and abetting the copywriter and providing editorial first-aid in their time of need. However, spellcheck harbours an inherent flaw, bypassing correctly spelt words regardless of connotation and intent. Honest typos despite their virtue will herald a gap in your expertise.

Then (adverb) can mean at that time, immediately or soon afterwards or next in order of time.

Example #1: He was still at college then.

Example #2: Let’s have drinks and then go to the cinema.

Example #1: Saku is taller than Tim.

Lose (verb) can mean to suffer deprivation, fail to retain or come to be without.

Example #2: No matter where I put my keys, I lose them.

Loose is an adjective that means free from anything that binds or restrains.

Example #1: When I had finished work, I was at a loose end. 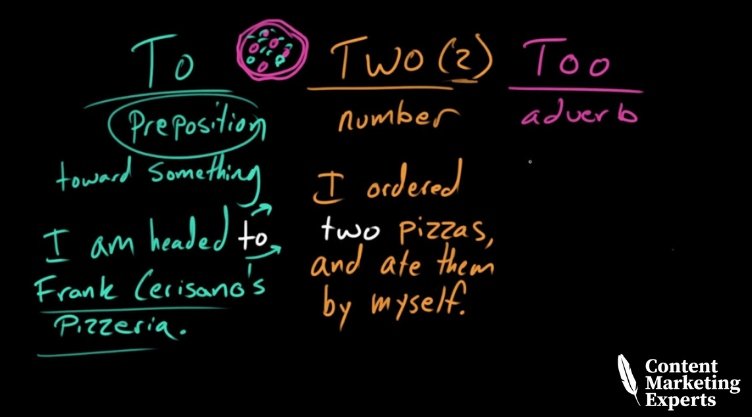 Homophones can befuddle and bemuse the most seasoned grammar pundit. A word that is pronounced the same as another but differs in meaning, the homophone is a common grammatical error that can change the tone of your content in a single misquote.

Their means belonging to or associated with.

Example #1: The kids forgot to pack their sleeping bags.

There indicates in, at, or to that place or position.

Example #2: Park your car over there.

They’re is a contraction of “they are”

Example #3: Dan and Matthew are coming, but they’re running late to the party.

To is a preposition that expresses motion and direction.

Example #1: I am going to the cinema this evening.

To offers more definition in the way of infinitives.

Example #2: How long will it take you to finish that pizza?

Too means in addition or also. It also works as an intensifier.

Example #3: Even though he was busy, Luke wanted to go along too.

Your means belonging to or associated with any person in general.

Example #1: You left your keys at home.

You’re is a contraction of “you are.”

Example #2: You’re going to be okay once you have eaten. 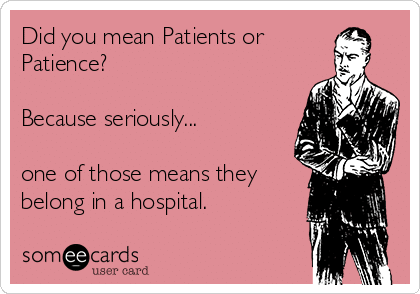 I’ve never met an em dash I didn’t like or need. A punctuation charlatan replacing commas and parentheses with ease. However, a misplaced comma, em dash or unwarranted quotation mark signal a lack of grammar-savvy. And may inadvertently transform the meaning of your sentence.

A punctuation and at times diacritical mark, the apostrophe is used to show ownership. (The girl’s favourite pizza was pepperoni). Versatile they’re also used to create contractions, such as couldn’t, they’ve and we’ve.

As an editorial rule of thumb, apostrophes are rarely used to form plurals.

Example #1: My sister had ten birds outside her window! (Tippi Hedren like).

Exception alert! If you are referencing lowercase letters, removing the apostrophe would confuse the unsuspecting reader.

Ensure you dot your i’s!

An ellipsis is three periods (…) that indicate an omission. If you’re quoting a statement, an ellipsis illustrates that you’ve omitted part of the quote. Punctuation is multifunctional and the ellipsis is no different as it can also indicate a pause or signal a sentence that trails off… (see what I did there?)

Somewhat of a conscious style choice, an ellipsis is oft used sparingly but can be an emphatic choice. If the ellipsis is warranted after a grammatically complete sentence, that sentence still requires a period. Always remember to place a space before and after an ellipsis, bearing in mind the complete sentence approach we just discussed. Refrain from using a long series of dots to substitute for an ellipsis.

Whatever approach you choose, remain consistent!

Many of you will be familiar with the “Blog” of “Unnecessary” Quotation Marks a blog focused on the frequent misuse of English quotation marks. Featuring signs, notes and advertisements it is a cornucopia of what-not-to-do when it comes to quotation marks. Used with glee to add emphasis, quotation marks when used around anything that doesn’t need them, changes the intent and you actually mean “…but not really.” So, signing off an email by telling your managing director to have a ‘great weekend,” you’re implying the exact opposite. Oops!

Verbose vigilantism is fine if your name is Jack Kerouac, however, in the marketing and digital realm, it will promote convoluted copy that leaves the reader wanting. Marketing copy demands clarity for engagement, conversion and evangelism. Clarity can be affected not only by a love of beat writers but also:

Example #1: Jennifer was getting married, so she went to have her wedding dress fitted.

What if there is more than one noun in the sentence? Yep, murkiness prevails! This is an unclear antecedent and makes it problematic to decipher which noun the pronoun refers to.

Example #2: Josh and Andrew went bowling to celebrate his birthday.

To whom does the pronoun refer to?  Josh or Andrew? This statement lacks clarity and definition and should be rewritten so that it is clear who is celebrating the birthday.

Example #4: To celebrate Andrew’s birthday, he and Josh went bowling.

“Never send an adjective on a noun’s errand.” — John Ciardi

Ah, the confusion of the misplaced modifier!

Not only clarifying, altering or qualifying a word in a sentence to add detail and emphasis, the modifier also delivers mischief to the uninitiated. Modifiers lean towards descriptive words such as adverbs and adjectives but watch mayhem ensue when they are placed too far from the modified noun.

Example #1: As soon as my dog got up from the pillow, I gave it a good plumping.

Okay! So, did you plump the pillow, or did your pooch undergo a life-altering experience? Let’s assume it was the pillow in need of plumping and focus on the pillow as the subject of the sentence.

Example #2: I plumped the pillow as soon as the dog got up.

Phew! And no need to involve the RSPCA!

Worried about your modifiers, apostrophe placement and clarity? Let’s talk to discuss the benefits a website content audit can offer your online presence – and authority!

Why Great Copywriting is Essential for Your E-Commerce Business? 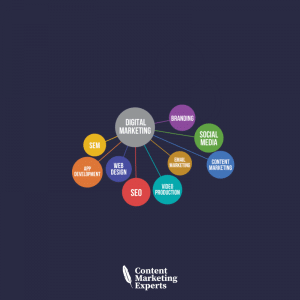 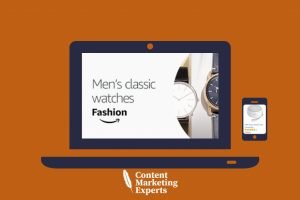 To discuss your blogging and content marketing needs, get in touch with me!